Most Popular Genres of Gaming

When people think of fighting & combat games, they usually are referring to the likes of Mortal Kombat and Street Fighter. After all, most fighting games are similar in their primary mechanics which involve drawn-out close combat between two opponents and fighting matches that last several rounds.

It has a two out of three system in which the player controlled avatar must defeat a CPU controlled enemy several times in succession or until one side overcomes a draw and wins. There isn’t much of a plot but these games compensate for flashy violence.

The main elements of fighting & combat video games are these basic moves; Attack, defend, special attack, counterattacks, and blocking. Of course, players can use the arrow keys to move/aim and space bar to jump, within the boundaries of the screen during a round.

In order to succeed at these games, players should not only have a quick reaction time to dodge incoming attacks, but also the ability to time special moves and chain attacks into combos to overwhelm their opponent. Character moves are inspired by traditional martial arts, boxing, and wrestling.

MMORPG is an abbreviation for multiplayer online role-playing games. These online games are normally separated into multiple servers to account for players from foreign countries.

It is known for making players grind endlessly since there are so many quests to complete and new content being released by the developers. To reach the highest rankings, players need to buy the best gear with real money or subscribe to unlock rare upgrades.

MMORPGs are also recognized by their community for a multi-player system brings together millions of players so they can cooperate on raids, defeating world bosses, complete missions on hard mode, distribute item drops, and party at someone’s fancy crib.

The best part is receiving that new staff after a quest or finding better armor upgrades/mods from looting treasure chests. You can trade in-game tokens to buy more visually appealing gear, ornate furniture, and pets that follow you around. Just don’t become too addicted.

Simulation games are defined by their imitation of many real-life elements. Imagine a typically 3-D virtual reality in which you are some kind of god, able to control artificial people, animals, objects, during real-time progression.

Sims share overlap with sandbox games because players invent their own narratives and are given many optional tasks. Sims tend to copy activities IRL that you wouldn’t get to experience otherwise.

They are fairly low maintenance for the player who needs to grab a bite during the few hours their character’s new farm is being built.

There can be a large number of sims for gamers who want to run their own bakery, expand their business tycoon, keep an eye on their virtual villagers, coordinate real-time war territories, operate as a surgeon, drive a sports car, raise virtual puppies, go fishing, gamble their money, arrange a wedding, and pretend to date.

Look, it can be just about anything. Sim games are relatively straightforward and not too challenging in terms of the skills required. Players have a lot of flexibility in planning how to reach their goals while continuing to learn new features of the game.

Miscellaneous is another word for various things brought together. It is a category I would use to sort games that don’t belong anywhere else. These games are part of many genres and their subgenres thus making them a mixed bunch.

A few months ago, I played one “game”, and I use that term loosely because it consisted of me reading text scrolling across a screen. I suppose free Flash games belong here too.

It had almost no notable graphics and minimal interactive features: I cannot see my character, I only had the option to type in commands to keep the story moving. Then was it a video game or an e-book? 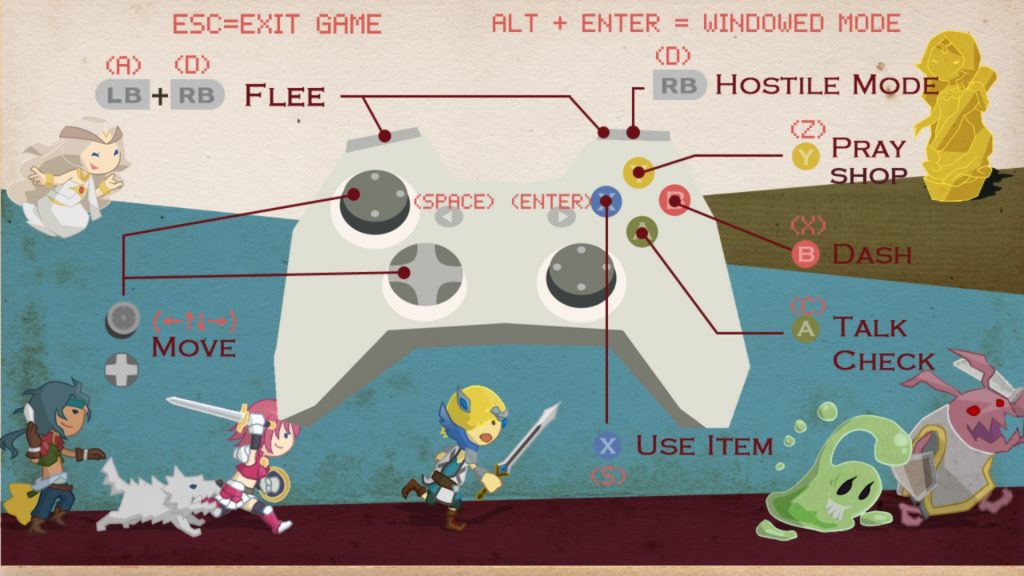 As a disclaimer, I’m not implying that these miscellaneous games are not part of any genre or not even games at all. Sometimes, they use elements found in too many sub-genres at the same time.

Maybe the game has platforming sections followed by flying a plane, then has mini-games where you repair ancient artifacts or level up through collecting coins which lead to harder boss fights.

This game could be partially in 2-D, 16-bit, and back in 3-D based on what stage you’re playing. Anyway, I’ll let you guys decide where this one should go.